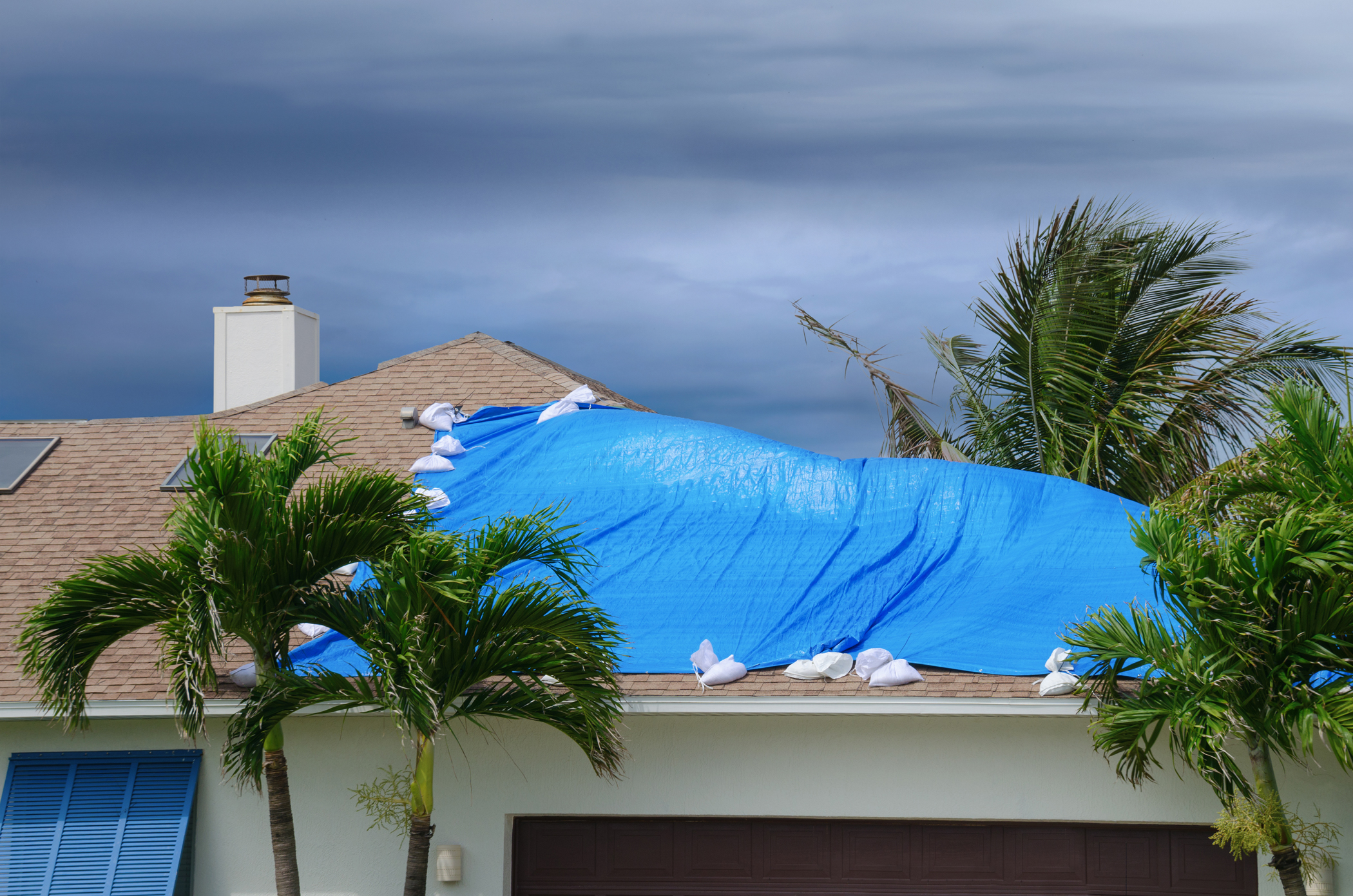 In the aftermath of Hurricane Laura last summer, I drove through southwest Louisiana for two days to document the impacts of the catastrophic damage from wind and water. Along the coast, east of Cameron, I saw indescribable scenes where the massive storm surge pushed 12-18 feet of saltwater above ground level, washing away homes and businesses, and gutting large buildings like churches and schools.

The storm surge did not reach areas farther inland, closer to the I-10 corridor, so Laura’s destructive winds inflicted most of the damage in places like Lake Charles and Iowa (pronounced I-OH-WAY). Many locations observed category 3 and 4 hurricane winds, with stronger winds, observed closer to the coast. These winds were strong enough to inflict substantial structural damage on homes and businesses.

As I drove along Highway 14, near the border of Lake Charles and Iowa, on my second afternoon of fieldwork, I noticed something remarkable. A subdivision called Clearfield Ranch took on substantial structural impacts, most visible as roof damage where shingles were blown off, roof sections were missing, or blue tarps were already secured. However, just 4,000 feet to the east, a community called Highland Hills showed minimal damage, as most of the roofs appeared to be undamaged. The two pics above show the drastically different storm impacts in these two communities, which are plotted on the map below.

These two communities were close enough to each other that they likely observed the same category of hurricane winds. A map of the wind speed of 3-second gusts at 33 feet (10 meters) above the ground, provided by the National Weather Service—Lake Charles shows that both communities likely endured category 4 wind gusts that exceeded 140 mph.

The difference in the storm impacts on these communities is perhaps best seen in the comparative Google Street View images shown below. The image on the top is from Clearfield Ranch and the one below is from Highland Hills. Both images were taken in September 2020, the month after Hurricane Laura struck.

Although the camera in both shots points in the same direction (westward), the street view photos depict two very different realities. The street in Clearfield Ranch is lined with debris, most of which was likely torn out of the houses following severe water damage, while the street in Highland Hills, less than one mile away, contains no damage at all.

As these communities were not in the storm surge zone, the water damage was caused by wind-driven rain that entered the home after wind damaged the roof or siding. Most damaged roofs did not experience tree falls, but rather direct structural failure from wind stress. You can see these images for yourself on Google Maps.

How is it possible that two subdivisions in the same hurricane wind zone incurred such different impacts? The difference comes down to the duality of construction.

This pattern surprises many people, according to Cliff Barros, Director of Communication and Market Development for the Insurance Institute for Business and Home Safety (IBHS). In an interview about this topic, Barros stated, “Most people expect high wind to cause most of the storm damage, but just as important is how well the home is built.”

Schneider’s leadership encouraged a mindset shift on how we build in disaster-prone areas. He reflects, “We live in a disposable society where we have a mindset that the lowest bid wins. It’s less expensive to build better the first time than to cut corners and have to rebuild multiple times.” Schneider adds, “We want to build cheap, but when a family faces storm damage it costs them time, money, stress, and anxiety.” He contrasts the building practices in most of the United States with those taken in Germany, Switzerland, and Japan, where the society has a longer-term mindset and wants to build something that will last.

Smart Home Alabama grew into Smart Home America, as the improved building practices gaining traction in Alabama spread to other states in the years after the non-profit was started. These non-profits promoted FORTIFIED, a construction practice that improves building through better roof attachment, sealing the roof deck, and strapping the roof edges to keep the wind out. FORTIFIED roofs improve attachment by requiring ring-shank nails installed in an enhanced pattern to help keep the roof deck attached to the home. Sealing the seams below the shingles provides a preventative layer if shingles blow off or the roof withstands damage. The image below shows the main components of a FORTIFIED roof.

Fortified roofs have performed exceptionally well during the recent active hurricane seasons. According to Cliff Barros, a post-storm assessment revealed that 995 of the 1000 FORTIFIED homes impacted by Hurricane Dorian in the southeast U.S. in 2019 endured the storm with no damage, a success rate of 99.5%. More recently, preliminary research conducted by IBHS and Auburn University revealed that over 95% of the FORTIFIED homes impacted by Hurricane Sally in Alabama had no damage. The photo below shows undamaged FORTIFIED roofs in a neighborhood where most roofs sustained damage in Hurricane Sally.

Hurricane Sally provided researchers and assessment teams with the best opportunity so far to assess reduced storm impacts on FORTIFIED roofs, because the hurricane made landfall in coastal Alabama, home of the highest concentration of these roofs in the nation. At last count, Alabama contained more than 12,336 FORTIFIED homes or approximately 87% of the nationwide total of 14,126.

Alabama’s remarkable progress for building better has come out of a cultural shift on many levels in the state. In 2011, Alabama legislation established Strengthen Alabama Homes as a grant program within the Alabama Department of Insurance to help homeowners improve property resilience with retrofits that reduce damage caused by hurricanes or other catastrophic windstorm events. In May 2021, the program provided its 3,000th grant, which provides financial assistance of up to $10,000 to assist in the cost of retrofitting their homes.

The success of this program is evident in its track record to save homeowners money in the long run by investing in better-quality building. Brian Powell, Director of the Mitigation Resources Division at Alabama Department of Insurance, stated, “For every dollar that is put into this program, the homeowner saves $4 in repairs.” Alabama has provided a model for other disaster-prone states to incentivize better building practices, which will greatly reduce future storm losses. 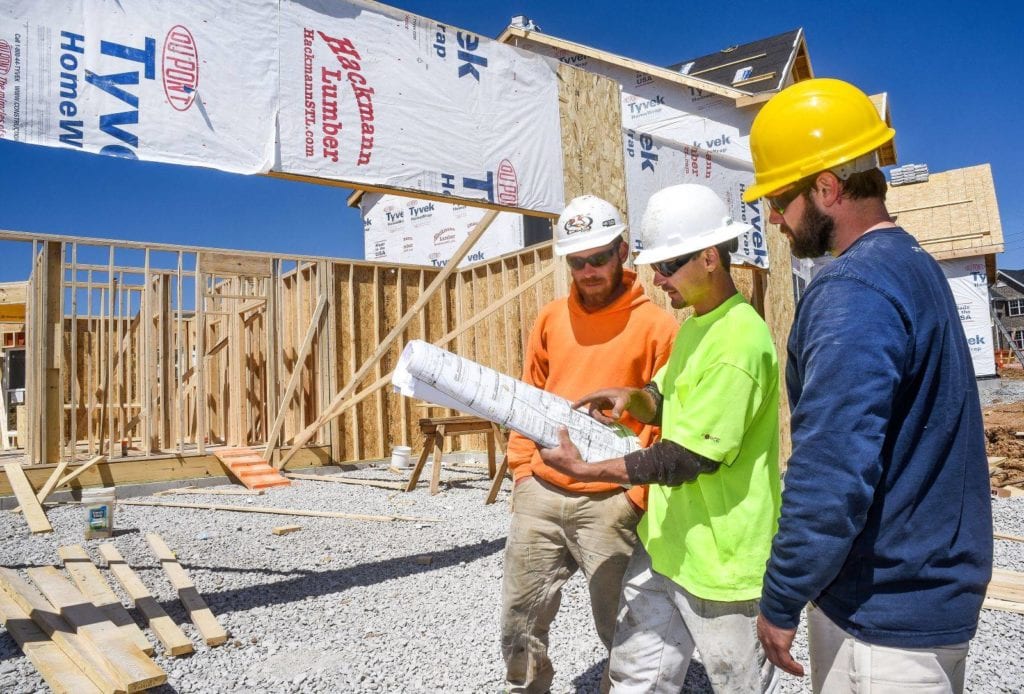 Building Better to Mitigate Disasters with Alex Cary and IBHS Building Better along the Mississippi Hurricane Coast with Scott Sundberg

Jonathan Feuer: DAS Technology To Keep Us Better Connected During A Disaster