Flooding In The Midwest

Flooding is one of the most common natural disasters in the United States. This summer, the central region of the US was particularly hard hit by extreme rainfall and flooding within a few days. 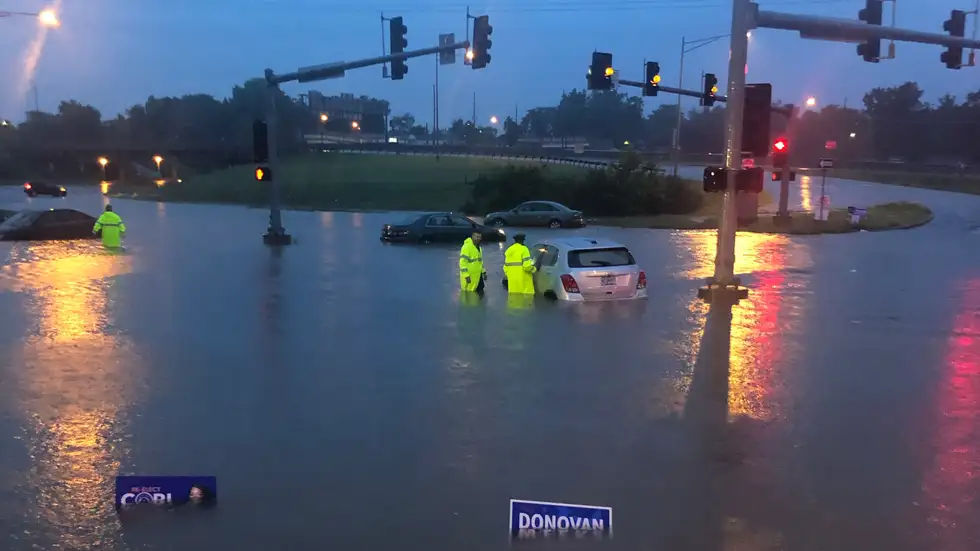 Flooding is one of the most common natural disasters in the United States. This summer, the central region of the US was particularly hard hit by extreme rainfall and flooding within a few days. One event occurred the morning of July 26th in the St. Louis area in Missouri and the other occurred in the Appalachians in Eastern Kentucky a few days later, on the 28th. In both cases, several inches of rain fell in a short period of time, resulting in widespread flash flooding. This heavy rain was caused by a stalled front in the region, creating bands of rain that didn’t move much, if at all. As a result, rain stayed over the same areas and dropped a large amount of rain over the same location.

In the St. Louis area in Missouri and Illinois, up to 10 inches of rain fell from training thunderstorms in the morning hours of July 26th. Meteorologists use the term “training” to refer to individual thunderstorm cells that move in a line over the same location for an extended period of time. On radar loops, these lines of storms can look like a train, as the individual thunderstorm cells follow each other. In this case, these storms inundated the region so severely that community centers were needed to as shelter people who evacuated their flooded homes.

The St. Louis International Airport recorded 9.07 inches of rain overnight from the 25th into the 26th, which set a new 24-hour rainfall record for the city. Nearby St. Peters, Missouri recorded 12.86 inches during the same period. Continued wet weather following this initial event enabled St. Louis to break a rainfall record this summer. The 15 inches of total rainfall recorded at the St. Louis airport between July 24 and August 4, made it the wettest two-week period in St. Louis' recorded history,” According to the St. Louis National Weather Service office. They described this as “a 1-in-1000-year event”, which has a 0.1% chance of happening in any given year.

The resulting flooding after the heavy rain on July 26th caused 30 miles of interstate 70 to be closed and required many water rescues. One death occurred in a vehicle submerged in 8 and a half feet of flood water during the morning commute, according to Fox Weather.  “Turn around don’t drown” is a popular saying by the media to educate people to avoid driving into flood water on roads and avoid loss to life or your car. Flooding arose very quickly, and waters also receded quickly. Larger rivers like the Missouri and Mississippi experience slower flooding. St. Louis area MetroLink trains and stations also suffered damages nearing $20 million.

This tweeted image from NWS St Louis shows the unprecedented rainfall that impacted the St Louis area, including much of Eastern Missouri and Southern Illinois. As a result of the flooding, the governor of Missouri declared a state of emergency during the evening of July 26th.

On July 28th, the same stalled front produced similar rainfall totals in Eastern Kentucky, Western Virginia, and Southern West Virginia. This has been described as a 1-in-a-thousand-year event by Weather Underground.

I reached out to the National Weather Service office for Jackson, Kentucky. They explained that their “1-in-1000-chance” criteria ends at 9 inches of rainfall in 4 days. Many locations (see image below) saw over 10 inches in this area, with some areas getting over one foot of rainfall during the period. The town of Buckhorn, northwest of Hazard, saw 8 inches of rain in only 24 hours. “So, this isn't even unusual, it's unprecedented.”

Flooding was exacerbated by the terrain of the Appalachian Mountains, which provided orographic enhancement of rainfall and quicker runoff into rivers and streams. Landslides and mudslides are also a threat in the mountains during heavy rainfall. The town of Hindmann, northeast of Hazard, experienced major flooding by the aptly named Troublesome Creek. Around 8 to 10 inches of rain fell during the July 25th to 30th period, most of which fell in a matter of hours on July 28th. This caused the local creek to overflow, and businesses and homes became inundated with water.

An article by the Sacramento Bee also discussed impacts in Whitesburg Kentucky, where the Kentucky River’s North Fork rose to a record crest at 20 feet, a full 5 feet above the previous record flood. The flood water breached a vault and washed away thousands of records of film, oral history, artwork, and other media, at a business called Appalshop. Locals reported seeing film reel from Appalshop strewn about in the town’s main street. Thankfully, the organization has backups for most of their films, but much of their records are not backed up digitally. Some materials may be salvageable, but it will take time to determine all that has been lost. Andy Beshear, the governor of Kentucky, declared a state of emergency on July 28th, the worst day of the rain fall and flooding.

In both eastern Kentucky and St Louis regions, communities have a long recovery ahead to repair damaged homes, businesses, and vehicles that were inundated with flood waters. However, since the final week of July 2022, flooding has spread to other states as well. On August 1st, the same stalled front brought heavy rains to Southeastern Illinois, less than a week after flooding in nearby St Louis and Kentucky. Some locations there got 10 inches of rain overnight, according to an article from MSN and the Washington Post, written by Matthew Cappucci.

The monsoon in the Southwestern states has also been very active this summer, bringing flooding to Arizona, California, and Nevada in areas where 1 to 2 inches of rain fell quickly; too quickly for dry desert soil to absorb. Death Valley National Park received 1.46 inches of rain on Friday August 5th, their second wettest day on record, according to a tweet from Greg Diamond. The park, which normally only sees about 2.15 inches of rain in a year, experienced incredible flooding indicated by this image and thread from twitter user John Sirlin.

The 2022 summer floods have been a very notable event for the year. Two 1-in-1000-year flood events happening within a few days of each other highlights the rarity of these types of events. Also, entire communities, towns, and cities experienced costly destruction that has not yet been fully determined. 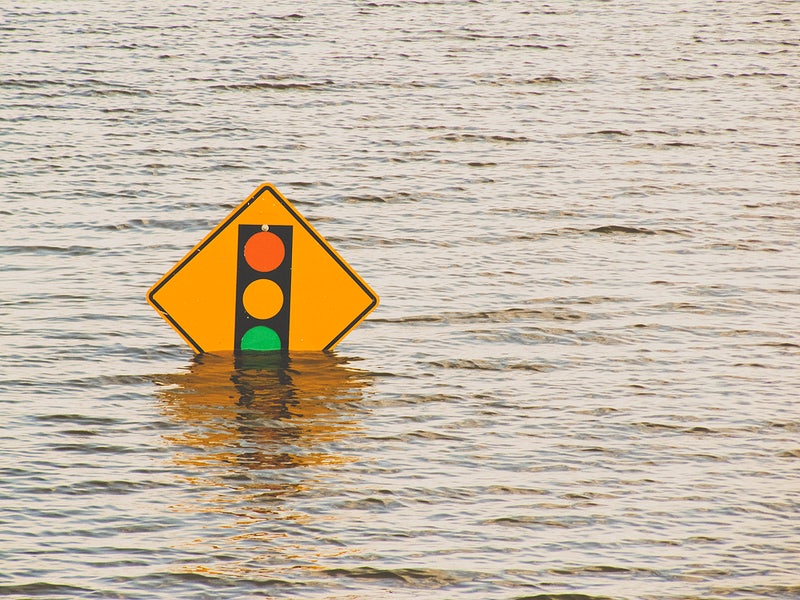 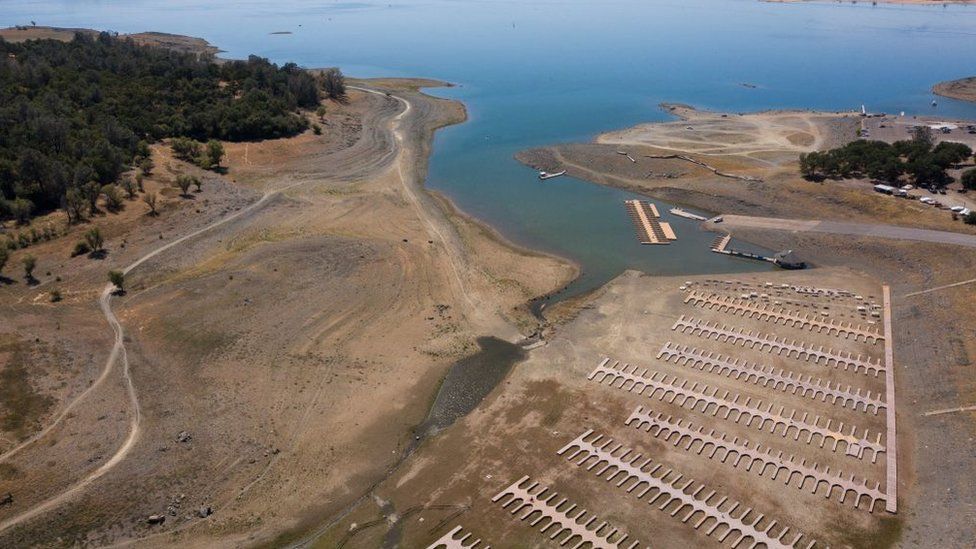