Growing Pecans in the Desert of the American Southwest 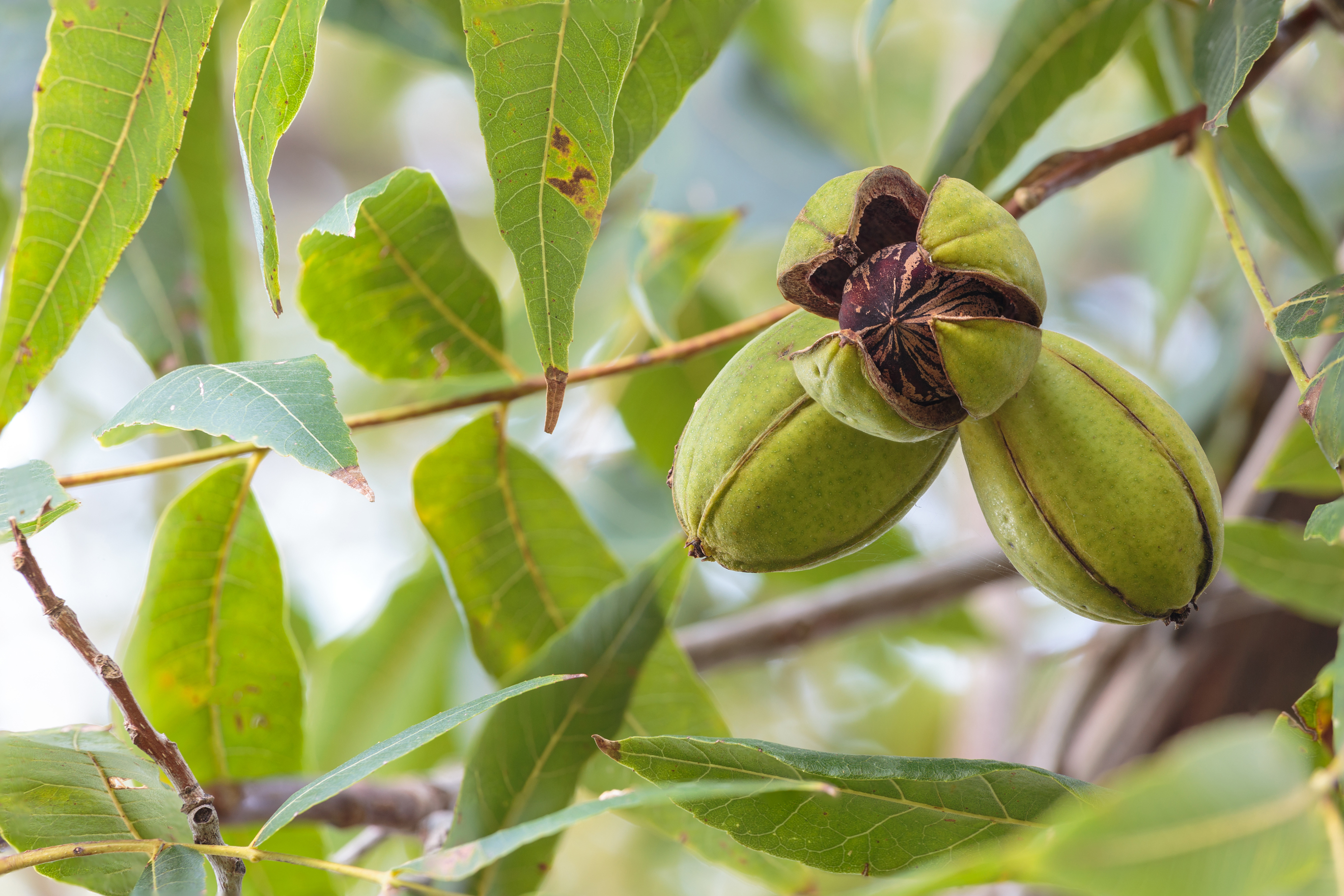 You've probably already heard about the power of the pecan. Pecans are a natural, high-quality source of protein, containing more than 19 vitamins and minerals, and have been certified as a “Heart-Healthy Food” by the American Heart Association (Royalty Pecans Farms, 2022). Pecans have a rich and buttery flavor, usually used as an ingredient in appetizers, desserts, and main dishes alike. However, you might not know that many of the pecans we eat are grown in the desert of the American Southwest. Although this climate is ideal for growing pecans, growers must somehow provide every tree with water. Growing pecans in the American Southwest arid land requires the efficient and intelligent use of limited irrigation water resources.

The pecan is a fruit that grows on lush, green trees found primarily in the Southeast region of the United States and New Mexico, an arid state in the American Southwest. However, pecans are not generally considered a native of New Mexico; evidence suggests that some of these pecans were brought to the area from central Texas and north-central Mexico in the late 1800s or early 1900s. J.W. Newberry of Fairacres, NM is one of the early pioneers of the pecan promotion in the Mesilla Valley, growing, propagating and selling pecans in the state. However, the first large-scale planting of pecans in New Mexico was made by the late Deanne F. Stahmann in a farm south of Las Cruces in 1934 and 1935. In the mid-1920s and early 1930s, economic conditions of The Great Depression kept pecans out of the consumer market, growing back only in the early 60's when other growers saw the returns from Stahmann's highly productive trees planted in earlier years. The bountiful production caused growers to consider the pecans economically viable (Herrera, 2000).

According to Herrera (2000), Arizona and West Texas began to grow walnuts in probably the same way as New Mexico, with some Arizona planting done in the late 1920s to mid-1930s. In the late 1980s, some walnut plantation areas were abandoned in Arizona due to high water costs. The largest producers of pecans in the US are located in the western region in Doña, NM, El Paso, TX and Pima, AZ. Pinal County in Arizona ranks eighth, followed by Pecos, TX (Herrera, 2000).

According to Johnson (1997 apud Hadjigeorgalis, Lillywhite and Herrera 1997), although exact numbers for world pecan production are not known, it is estimated that The United States is the world’s largest producer of pecans, producing 75 percent of total world, followed by Mexico with an estimated 20 percent. Major U.S. export markets for shelled pecans include countries like Canada, China, Mexico, Netherlands and the United Kingdom. In Mexico, since new producers began planting pecans in the late 1980s and early 1990s, U.S. pecan imports have declined. Furthermore, the purpose of U.S. pecans imports was reduced to just filling the domestic consumption gap, since these pecans were of lower quality than the Mexican ones. (Johnson, 1997 apud Hadjigeorgalis, Lillywhite and Herrera 1997).

Without a doubt, one of the most suitable environments to grow pecans is in the desert. According to Greg Daviet, in an  interview with Water Strategies (2019), pecans need a regular and abundant source of water to be cultivated in the desert environment. According to him, the Rio Grande Project supplies the water for pecan production in the Mesilla, Rincon, and El Paso Valleys (Water Strategies, 2019).

The process of growing, harvesting and marketing pecans works as follows: immediately after harvesting, the growing season, which takes place in January, begins again. Daviet’s  interview with Water Strategies (2019), reported that during the winter the trees are pruned, the pruning discarded and the soil maintained, and after that, the irrigation season begins. Irrigation takes place for the first time in March, replenishing water that has been depleted from the ground during the winter. In April, the soil and foliage are fertilized, and pest management is completed. This process runs until the end of September.

From mid-June to late September, walnut trees are constantly watered every seven to 14 days, depending on the soil type. According to Greg Daviet, the technique he uses to irrigate his walnut trees is exclusively by flooding, relying on groundwater and surface water from the Mesilla Valley to irrigate his crop.

In early November, the trees begin the transition to dormancy. Daviet said he waits for the first freeze before starting the harvest. Freezing will defoliate the trees, at which point the nuts need about a week to finish drying on the tree. After that, to harvest the nuts, he says they start shaking the trees. This process usually runs from Thanksgiving to Christmas, thus completing the cycle and starting all over again in January (Water Strategies, 2019).

However, water-intensive food crops like pecans, almonds and walnuts run into a problem every time the “rainy” season ends, as extreme heat takes over, generating more heat and faster evaporation rates, as dry soil heats up faster than moist soil. Like the pecans and many permanent crops, according to Farmtogether (2021), almonds trees require a period of dormancy; these trees lose their leaves from November through January while the soil soaks up and stores water from California’s cool, wet winters. According to Holthaus (2015), almond agriculture in California requires an annual water demand equivalent to the total water demand for the city of Los Angeles in a three-year period. Another statistic that gone viral is that almonds use 10 percent of California’s agricultural water supply. This is even more serious as the California almond industry has doubled its acreage since 2005 (Holthaus, 2015). This similarity can also be observed in the growth of the Arizona walnuts. According to Ladybird Johnson Wildflower Center (2015), the species is native to Arizona, New Mexico, Oklahoma and Texas, it grows at the upper margin of the Sonoran desert-scrub and tolerates some drought, but as a riparian species, they do best with regular, deep irrigation during the growing season.

Although cities, industry and the rest of agriculture have become more efficient in their water use, total water use for almonds has expanded rapidly over the past decade. In addition, some farms face a problem for the cultivation of pecan with the use of new technologies, such as drip irrigation areas, which is impossible to implement because of the salty groundwater and soil makeup. According to Ivey, in an interview with Prokop from the website El Paso Matters (2021), roots are unable to absorb water with no surface water or rain to dilute the salts.In other words, such conditions can resemble the outcome if you were suffocating and poisoning your trees.

Temperatures are rising in the hottest part of the pecan growing season, especially from June until August. Driven by regional and global warming trends, in New Mexico, rainfall patterns are changing, with the climate getting hotter and drier, as well as reshaping the lives of New Mexicans. According to Tebaldi et al. (2012), in New Mexico, the sixth-fastest-warming state in the country, the average annual temperature has increased by about 0.6°F per decade since 1970, or about 2.7°F over 45 years.

Droughts present a persistent risk in New Mexico, with the state hitting historical records between the years 2009 and 2017, disturbing the most vulnerable economy of the state that depends exclusively on water supply, such as agriculture (Union of Concerned Scientists, 2016). The Rio Grande and Elephant Butte reservoirs reached historically low levels, reducing allocations of irrigation water for farmers by more than 90 percent and forcing the city of El Paso to depend entirely on groundwater (Union of Concerned Scientists, 2016).  Some farmers have struggled to keep their flocks and save orchards from pecans, since they have become increasingly dependents of the subterranean waters. Also, Esslinger said in an interview to New Deeply (2018) that “farmers face other challenges, too, including the growing expense of pumping groundwater and an “insurmountable” number of regulations.”

Although agriculture is a multibillion-dollar industry, the farmers who have historically relied on water allocations of reservoirs and streams to irrigate their crops are pumping more and more underground water - and needing even deeper wells - to compensate for the water deficit. By 2013, farmers received smaller allotments, with only 3.5 inches of water per acre, compared to 36 inches in normal years, which means that they received only a small fraction of the 4-5 acre-feet needed between planting and harvesting. At the same time, many farmers have also had to reduce their flocks to recover pastures, and many communities have been concerned about the viability of their water and resident supplies (Union of Concerned Scientists, 2016).

Federal, state and local governments are already implementing some initiatives that can reduce risks and make communities more resilient to climate impacts. Some programs such as the Southwest Climate Regional Hub, located at New Mexico State University in Las Cruces, is one of seven U.S. Department of Agriculture hubs established across the country to help farmers and ranchers adapt their operations to a changing climate. In this way, the federal government is facilitating access to data and science to states and communities so that they can make assertive decisions in moments of critical decision (Union of Concerned Scientists, 2016).

New Mexico has a long history of facing a challenging climate and its residents have learned to be resourceful and resilient, using approaches and policies designed to keep its economy within the limits of its available resources. New features and investments are only part of the solution. The challenge today is for New Mexico to take the necessary steps to effectively manage and reduce the impacts of climate change and variability to ensure the future security of the state and its residents. Instituting basic modern-era water-saving technologies such as wastewater recycling, rainwater harvesting, and drip irrigation can help the state save enough water to reverse its problems of coping with drought and the dramatic decline of groundwater.

Such innovations have never been more important than now. The latest edition of the U.S. Drought Monitor, released on March 10, 2022, has classified 85% of New Mexico in severe drought (or worse) and 35% of the state in extreme drought (or worse) (US Drought Monitor 2022). This statewide drought is part of a bigger picture, as a long-term drought intensifies its grip on the American West. We can expect this drought to intensify in many locations, as we move into a season with higher sun angles, warmer temperatures and increased evaporation.

Herrera, E. (May, 2000). Historical Background of Pecan Plantings in the Western Region.

Royalty pecans farm (2022). The Power of the Pecan: 7 Health Benefits That Make This the Best Nut On Earth.

Megan McAlonis Hernandez Part 2: An Action-Packed Episode About Traveling Across The World And What It Feels Like When Temps Reach 130F 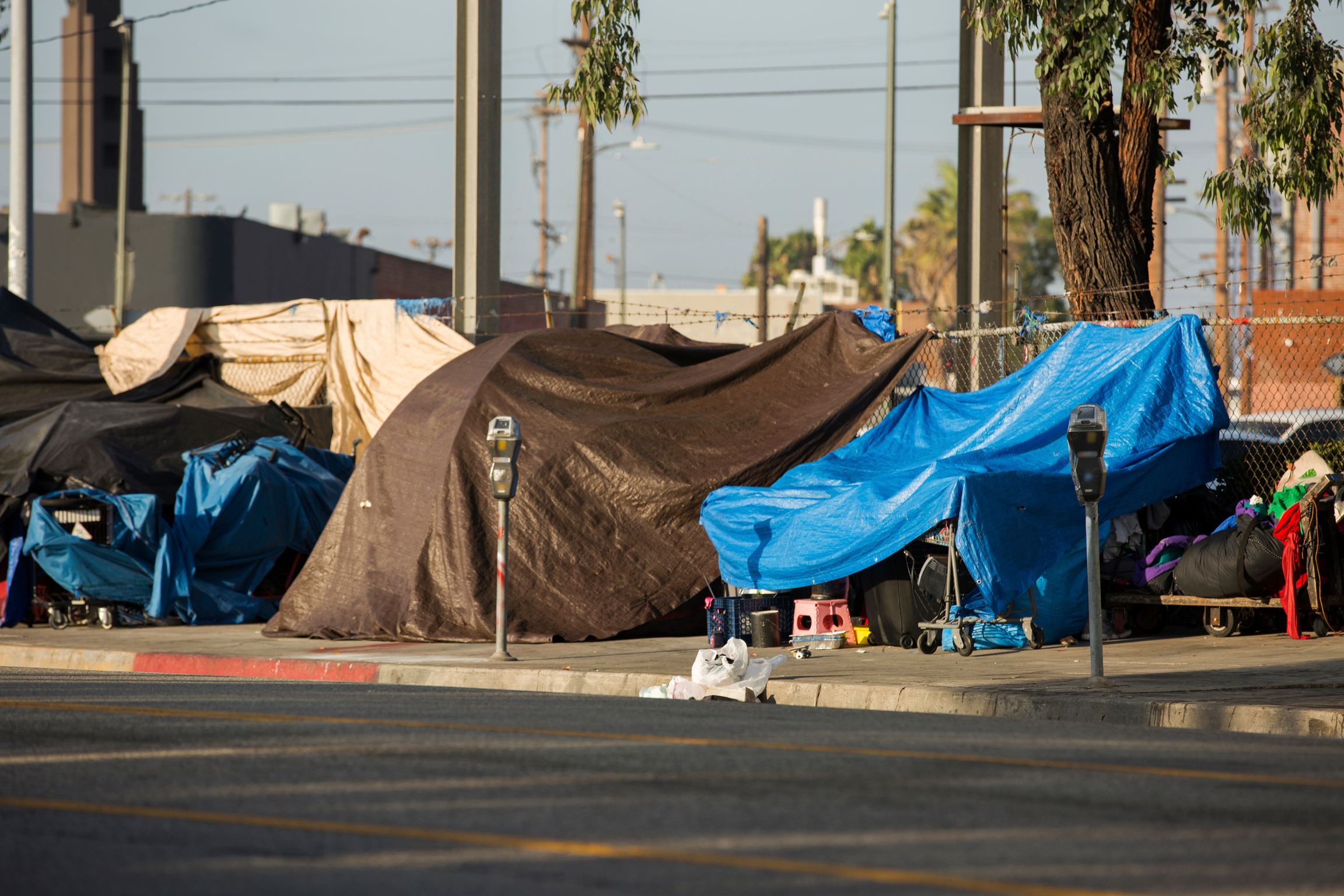 Record-Breaking Heat and The Homeless Population of the Western U.S.