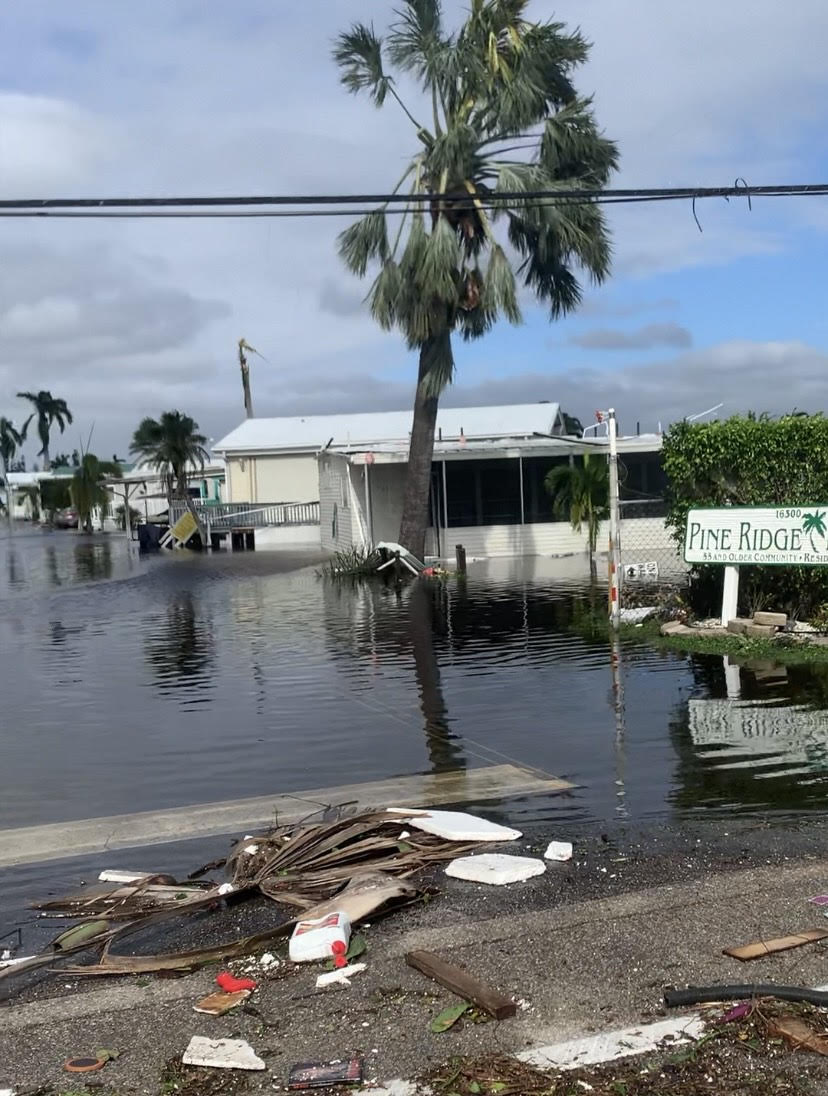 As category-4 Hurricane Ian pulverized southwest Florida on Wednesday afternoon, I found myself in an unusual setting. I was in the relatively calm eye of the storm, standing in sediment that is usually submerged under six feet of water, near the confluence of the Peace River and Charlotte Harbor, along the waterfront in Punta Gorda. Hurricane Ian had pushed water out of this area, exposing the river and harbor bottom.

Although I was unfamiliar with this area, signs all around me revealed how unusual this moment was. Boats that normally floated above their submerged anchors were stranded on dry ground. A pole that was normally submerged under six feet of water, revealed by the height of the barnacles that came up to my eye level, was now completely out of the water. Fish flopped in a shallow pool of water nearby, suddenly stranded, as Ian’s fierce winds pushed the brackish water out to sea.

This was Hurricane Ian’s halftime show. During the first half, Ian’s destructive winds in this area blew hard from the east. The official National Weather Service (www.weather.gov) observations at Punta Gorda/ Charlotte County Airport reported sustained winds from the east at 86 mph with gusts to 123 mph at 400pm, the last hourly measurement before observations went down. A strong east wind in this area efficiently drained Punta Gorda’s waterfront, as the river there flows from east to west into the harbor.

I was experiencing a negative storm surge, a condition when saltwater or brackish water near the coast falls to lower-than-normal levels during a strong coastal storm. This condition surprises many people who are expecting storm surge to bring elevated water levels along the coast. During Ian’s passage, numerous places along Florida’s west coast observed negative storm surges, including Tampa Bay, more than 60 miles to the north (https://www.washingtonpost.com/climate-environment/2022/09/28/hurricane-ian-waters-receding-shores/).

Negative storm surges occur most dramatically in bays, harbors, rivers, and inlets that are experiencing strong winds that blow water from a smaller body of water into a larger body of water. The classic case would be a hurricane eyewall, the strongest winds around the center of a hurricane’s eye, that is setup to blow water out of a river, bay, or harbor. Such water bodies are generally small enough that the eyewall of a hurricane can envelope most or all of them, and efficiently push water out of these small water basins.

The counterclockwise winds around hurricanes in the Northern Hemisphere cause some areas to observe offshore winds, which blow from land to water, during every landfalling hurricane. However, along the open coast, like along the Gulf-facing barrier islands along the Gulf of Mexico, these areas do not typically observe a negative storm surge. Water levels tend to be elevated all along the open coast, with substantially higher levels where strong onshore winds are blowing from water to land in the eyewall, because a hurricane is displacing tremendous amounts of water all along the open coast. Hurricane swells often arrive more than 18 hours before landfall, and a vast stretch of coastline, both to the right and left of the landfall location, get inundated with storm surge.

If the hurricane is approaching the coastline on a nearly shore-parallel track, or with a very acute angle, the first engagement a bay, harbor or river may have with the eyewall is from the rapid onset of very intense winds blowing offshore. This produces a sudden, negative storm surge.

Historical records document negative storm surges going back to at least the early 20th Century. The U-Surge database (www.u-surge.net), which provides the first comprehensive storm surge data for the United States, has recorded more than 10,000 high water marks since 1837, including 66 observations that are “negative storm surges”.

A particularly relevant observation is from the October 1910 hurricane that struck southwest Florida as a major hurricane and took a similar track as Ian. That hurricane drained water from Tampa Bay, causing it to fall to a level around 9 feet below Mean Sea Level, called “mean tide” in the documentation (https://www.weather.gov/media/tbw/paig/PresAmHurricane1910.pdf).

The most extreme negative storm surge in the U-Surge database is the observation from Mobile, Alabama, during the Great Miami Hurricane of 1926, which emerged into the Gulf of Mexico, and punished Alabama and the Florida Panhandle after inflicting severe damage on Miami. That storm made a second landfall near the Florida- Alabama border, producing a strong north wind that blew water out of Mobile Bay and Mobile River. The water level in the Mobile River reached 9.7 feet below Mean Low Tide (https://www.aoml.noaa.gov/general/lib/lib1/nhclib/mwreviews/1926.pdf).

The impacts of documented negative storm surges have mostly been minor. Mobile’s negative storm surge in 1926 caused slight damage to boats in the drained Mobile River, and caused large sections of the wooded riverbank to crash into the river (https://www.aoml.noaa.gov/general/lib/lib1/nhclib/mwreviews/1926.pdf). Likewise, some damage occurred to boats that came to rest on the bottom of the Hillsborough River, near Tampa Bay, when the 1910 hurricane drained the water (https://www.weather.gov/media/tbw/paig/PresAmHurricane1910.pdf).

These impacts seem negligible, particularly compared to the catastrophic loss of life and property where the powerful onshore winds of a hurricane’s eyewall send a “positive” storm surge flowing over the landscape. However, I wanted to pose a thought-provoking question that we must discuss to avoid being blindsided by a potential future industrial disaster: What is the potential impact of a negative storm surge on an energy or industrial site that requires a constant flow of water, like a nuclear powerplant? Could a large, negative storm surge of perhaps 8 or 9 feet over the course of several hours inflict an industrial or energy failure that has wider implications beyond the initial wind and water damage?

Although not as extreme as the negative surges observed at Tampa in 1910 or Mobile in 1926, Galveston Bay observed a negative storm surge that reached 5.7 feet below Normal Astronomical Tides during the Surprise Hurricane of 1943 (Dunn and Miller 1960). This hurricane pushed into the area from the east, instead of the southeast like most other hurricanes in this region, setting up strong north-to-south winds in the western eyewall over Galveston Bay. This region has become highly industrialized since the 1943 hurricane, and industry professionals should be aware of both the risk for positive and negative surges in the region.

Fortunately, I was not worried about industrial impacts of the negative storm surge I observed during Hurricane Ian. However, I did learn a lesson about a potential danger than an individual could face when walking around on river or harbor bottoms in the eye of a hurricane. As I approached the shallow pool with stranded fish, I suddenly started sinking quickly into the muck. In a moment, I had sunk in deeper than my knees in black, gooey sediment that had a very strong smell. It took me a moment to get unstuck, while I watched for the development of dark clouds on the southern horizon that would represent Ian’s southern eyewall.

It’s fortunate that I got out of that situation quickly, and returned to shelter, for the second half of Ian’s fury was worse than the first, with the southern eyewall punishing us for a long time. We waited for the positive storm surge, but it never came. However, had Ian tracked just 10 miles farther west, it could have obliterated Punta Gorda with a catastrophic surge that came rushing in after the negative surge went out. The Coastal Emergency Risks Assessment map (cera.coastalrisk.live) modeled surge inundation exceeding 8 feet above ground level in our area- a scenario that never played out because the eye tracked farther east than forecast.

Coastal flood patterns in hurricanes can be extremely localized; Punta Gorda dodged the storm surge bullet this time, while communities to its south were pulverized under a fast-flowing surge and punishing waves. This pattern extended Punta Gorda’s lucky streak- it also remained free of storm surge in Hurricane Charley (2004) and Hurricane Irma (2017). But the luck for all coastal communities eventually runs out, as evidenced in Fort Myers and Sanibel Island during Hurricane Ian. We can only hope that the local residents  of Punta Gorda take precautions for a fast-flowing storm surge that sweeps over the landscape in some future storm, instead of a negative surge that leaves the harbor and river bottoms exposed. 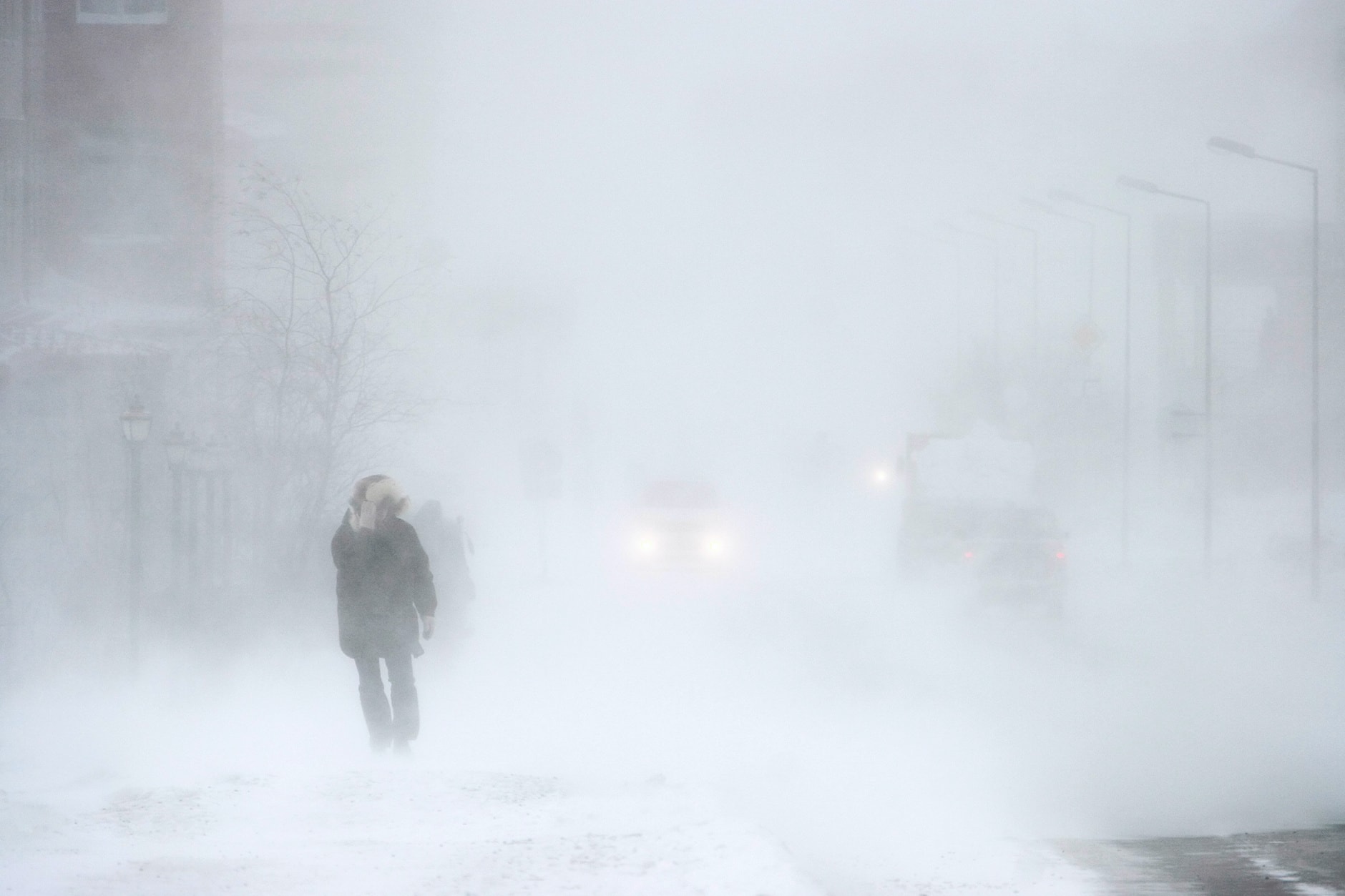 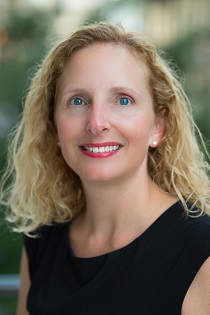 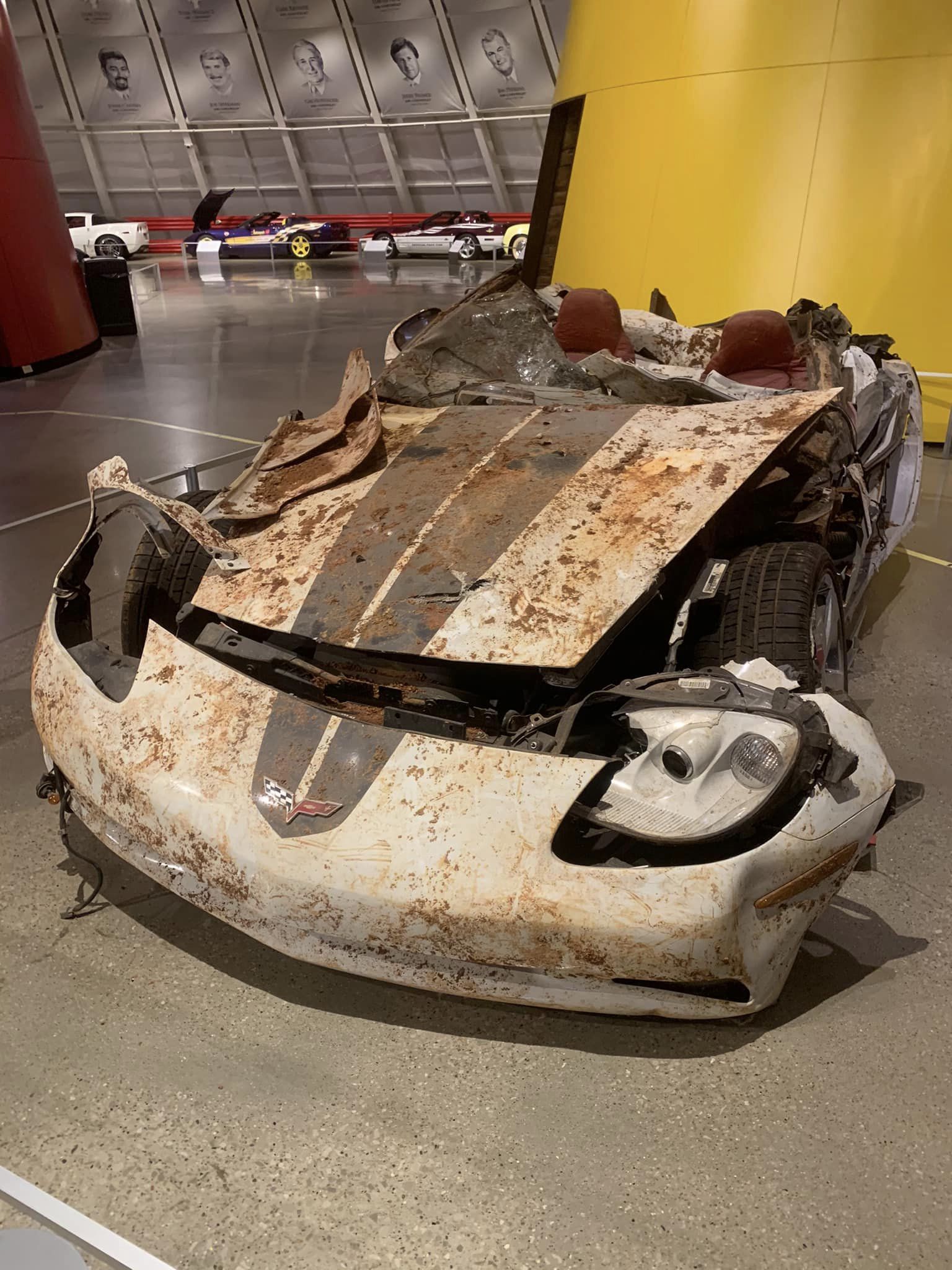 The Sinkhole That Gobbled Up Eight Corvettes 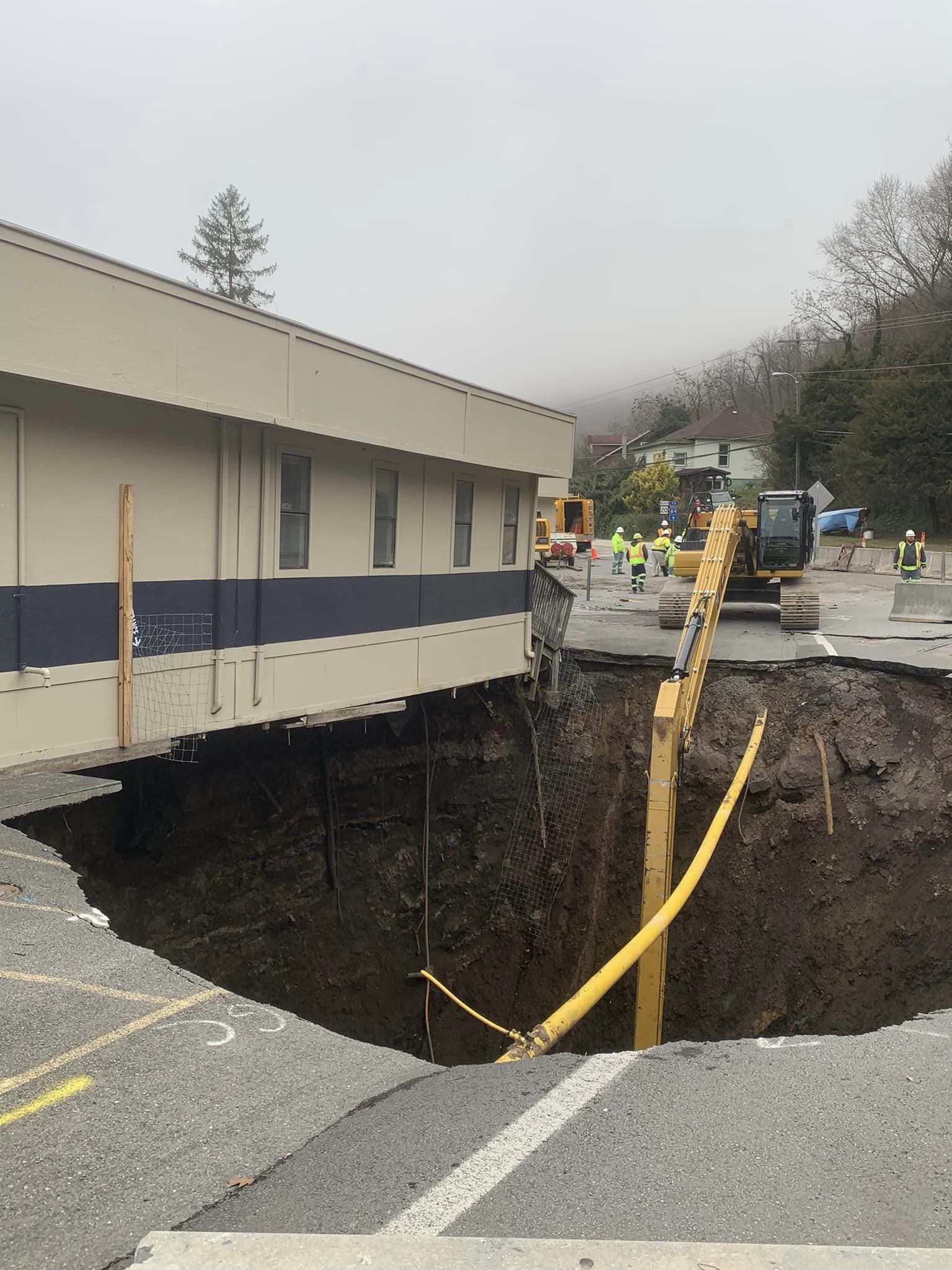 Sinkholes and Caves in West Virginia